This is the second and final installment for the project on conditional image generation. In this post, I present architectures that achieved much better reconstruction then autoencoders and run several experiments to test the effect of captions on the generated images.

The proposed models are variants of the generative adversarial network [7], I begin by introducing a vanilla Deep Convolutional GAN (DCGAN) [1] and then move on to the new Boundary Equilibrium GAN (BEGAN) architecture [2].

I also gave a shot at Wasserstein GAN (WGAN) [4], but unlike Louis Henri Frank’s, my results were quite disappointing, had time not been an issue it would have been interesting to take a look at the Improved training of Wasserstein GANs paper [5], but implementing it in Theano proved to be quite hard.

The generator is composed of an encoder which is a smaller version of the SqueezeNet architecture [3] and a decoder made up of multiple strided transposed convolutions while the discriminator is a simple encoder.

Both the generator and discriminator were trained simultaneously for 100 epochs using Adam optimizer, dropout was added at the middle of training and I also used feature matching to the generator’s objective which really helped it learn better reconstruction features.

I did not perform much data augmentation, images were simply randomly rotated once in a while, from my “experiments”, it is not clear at all if this trick helped the model generate better images.

I decided to encode the captions using a pretrained skip-thought model [6], this network learns, in an unsupervised way, a vector representation that preserves the syntactic and semantic properties of the sentences it encodes.

The BEGAN model is based on the assumption that the reconstruction error of an autoencoder follows a normal distribution, when it is the case we can compute the Wasserstein distance between them relatively easily.

The BEGAN objective is then given by:

Which is almost the same as the regular GAN (and WGAN), note that we don’t need the Lipschitz conditions like in Wasserstein GAN [4], therefore, we can train the generator and discriminator simultaneously, we recover the ability to use optimizers with momentum and we don’t have to clip the weights.

Training a BEGAN resulted in many failed attempts so I decided to compile a small list of what worked best for me:

One of the main frustration I had with generative adversarial networks is that the loss of it’s objective function does not mean anything in terms of image quality (or even convergence), therefore, training is usually very hard and unstable.

In the BEGAN paper the authors come up with a convergence measure $ M_{global} = L(X) + \mid \gamma L(X) - L(G(z)) \mid $ where $\gamma$ is a hyperparameter between zero and one. The following plot shows that this convergence measure is well correlated with image quality, we can also notice that convergence is quite quick.

In most cases, the pictures generated by my GAN and BEGAN were mostly of the same quality, however, when it came to generating any kind of faces, the BEGAN model outplayed the GAN, from the experiments I ran, I felt that the hardest pictures to generate were faces and especially when something covered it slightly e.g. a phone or a toothbrush (in this case, both approach failed miserably). 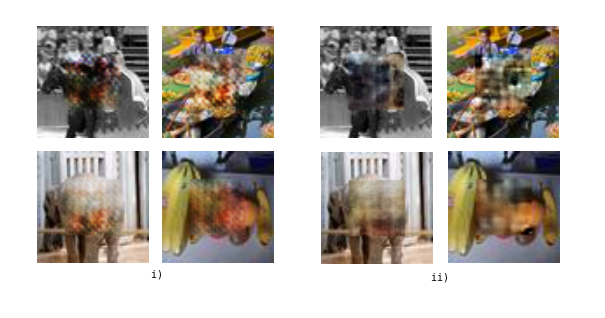 In the following figure, I inserted some of the best pictures my model reconstructed. You can see that it sucessfully learned some basic things about our world such as the fact that humans have arms and that faces are composed of a pair of eyes, a nose and a mouth. 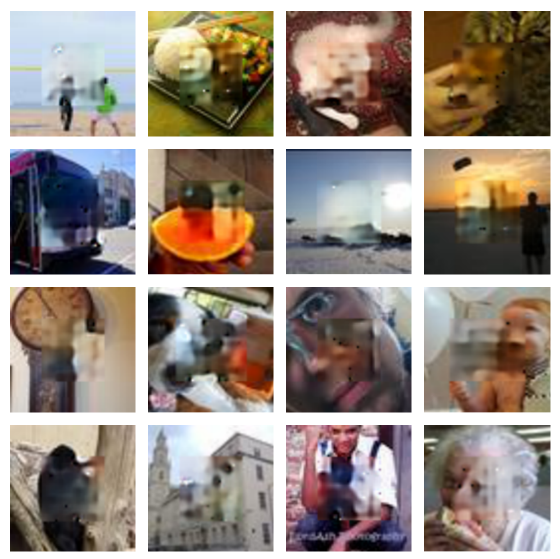 Fig. 5. Some pictures generated by the BEGAN architecture.

While my experiments were not conclusive, I still think that this approach will work if used on a model that generates higher quality images. In the future, it would be interesting to test it on higher resolution images using a model like StackGAN [8].